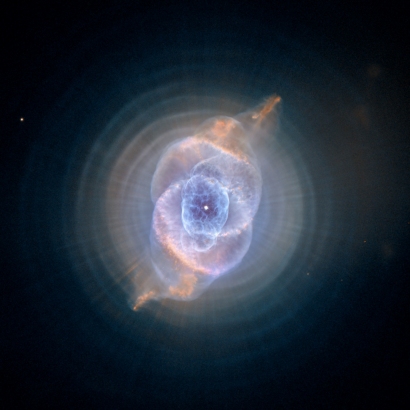 This new image, taken with Hubble's Advanced Camera for Surveys (ACS), reveals the full beauty of a bull's-eye pattern of eleven or more concentric rings, or shells, around the Cat's Eye. Each 'ring' is actually the edge of a spherical bubble seen projected onto the sky - which is why it appears bright along its outer edge.