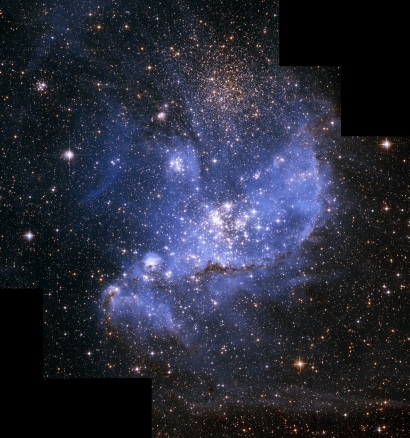 The exquisite sharpness of the NASA/ESA Hubble Space Telescope has plucked out an underlying population of infant stars embedded in the nebula NGC 346 that are still forming from gravitationally collapsing gas clouds. They have not yet ignited their hydrogen fuel to sustain nuclear fusion. The smallest of these infant stars is only half the mass of our Sun.
View »
5-Oct-2022 09:33 UT