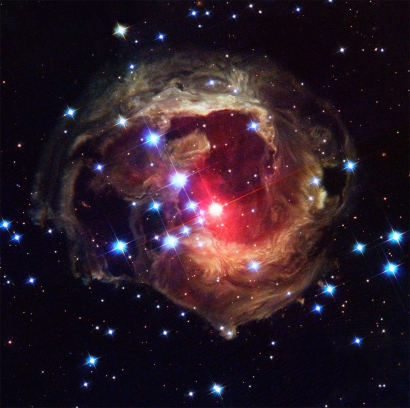 The Hubble Space Telescope's latest image of the star V838 Monocerotis (V838 Mon) reveals dramatic changes in the illumination of surrounding dusty cloud structures. The effect, called a light echo, has been unveiling never-before-seen dust patterns ever since the star suddenly brightened for several weeks in early 2002.