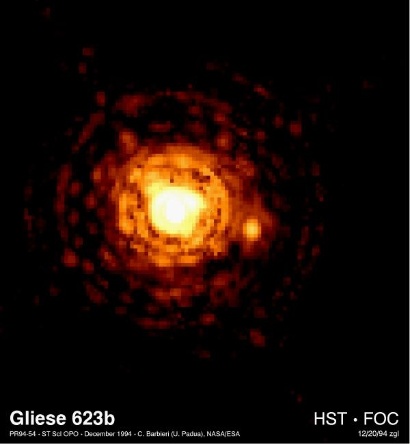 This ESA/NASA Hubble Space Telescope picture resolves, for the first time, one of the smallest stars in our Milky Way Galaxy. Called Gliese 623b or Gl623b, the diminutive star (right of centre) is ten times less massive than the Sun and 60 000 times fainter. (If it were as far away as the Sun, it would be only eight times brighter than the full Moon).
View »
1-Feb-2023 13:24 UT

ESA PR 47-1994: Hubble finds one of smallest stars in the Universe