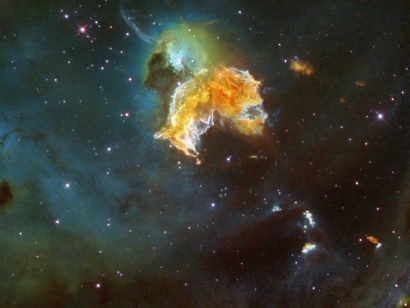 A violent and chaotic-looking mass of gas and dust is seen in this Hubble Space Telescope image of a nearby supernova remnant. Denoted N 63A, the object is the remains of a massive star that exploded, spewing its gaseous layers out into an already turbulent region.