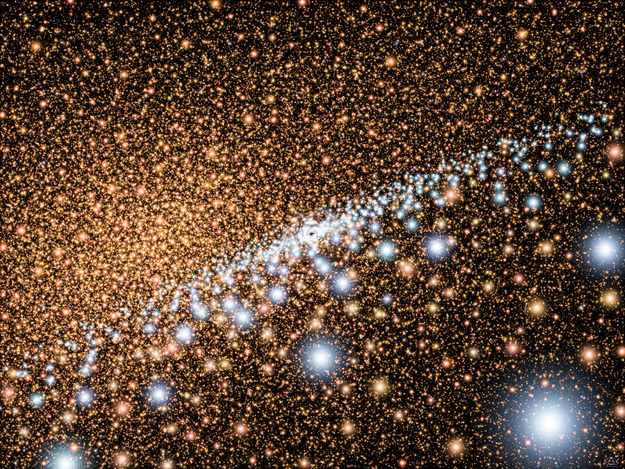 This artist's concept shows a view across a mysterious disk of young, blue stars encircling a supermassive black hole at the core of the neighbouring Andromeda Galaxy (M31). The region around the black hole is barely visible at the centre of the disk. The background stars are the typical older, redder population of stars that inhabit the cores of most galaxies.

Spectroscopic observations by the Hubble Space Telescope reveal that the blue light consists of more than 400 stars that formed in a burst of activity about 200 million years ago. The stars are tightly packed in a disk that is only a light-year across. Under the black hole's gravitational grip, the stars are travelling very fast: 3.6 million kilometres an hour, or 1000 kilometres a second.