Hubble's black and white view of the Universe

Hubble's black and white view of the Universe 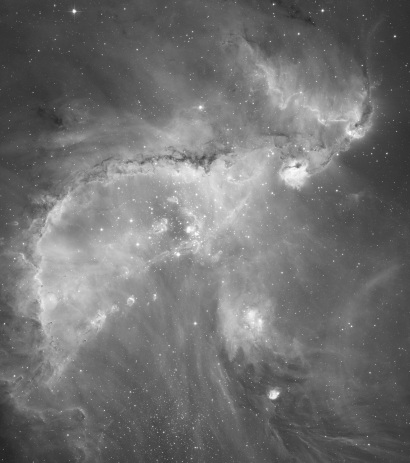 Contained within the most massive and active star-forming region in the nearby galaxy, the Small Magellanic Cloud, star cluster NGC 346 delivers energetic radiation that excites nearby gas, causing it to glow. The result is one of the most dynamic and intricately detailed images of a nearby star-forming region that has ever been taken with NASA's Hubble Space Telescope.
26-Sep-2021 15:51 UT