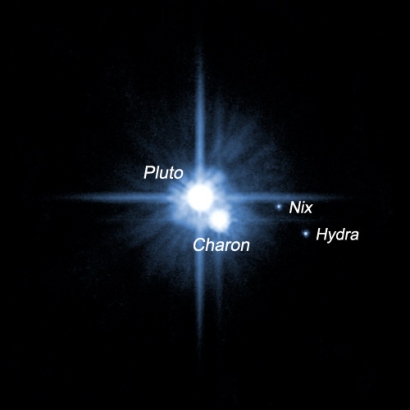 Pluto with its large moon Charon and the recently named two smaller moons that were discovered in May 2005 through Hubble observations. The two smaller moons, named Nix and Hydra, are roughly 5000 times fainter than Pluto and are about two to three times further out from Pluto than Charon.
24-Sep-2021 18:20 UT