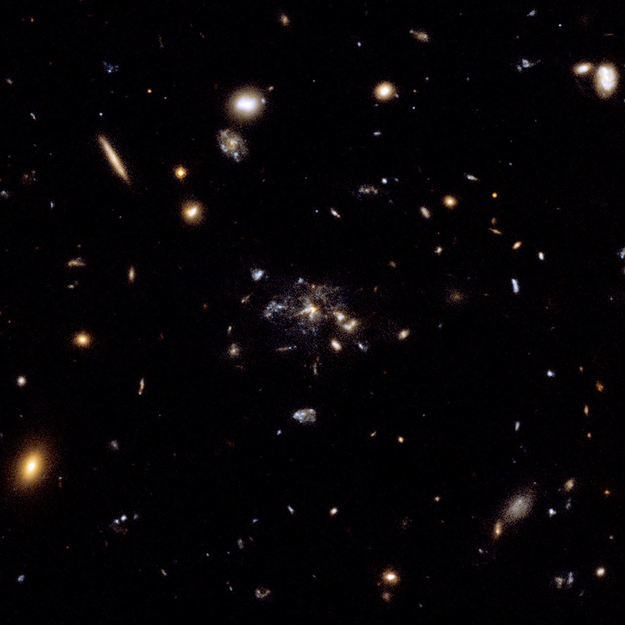 This image is a composite of many separate exposures made by the ACS instrument on the Hubble Space Telescope using several different filters. It shows the Spiderweb Galaxy sitting at the centre of an emergent galaxy cluster, surrounded by hundreds of other galaxies from the cluster.

The image provides a dramatic glimpse of a large massive galaxy under assembly as smaller galaxies merge. This has commonly been thought to be the way galaxies grew in the young Universe, but now the Hubble observations of the radio galaxy MRC 1138-262, nicknamed the Spiderweb Galaxy, have shown dozens of star-forming satellite galaxies in the actual process of merging.

Flies in a spider's web: Galaxy caught in the making [heic0614]