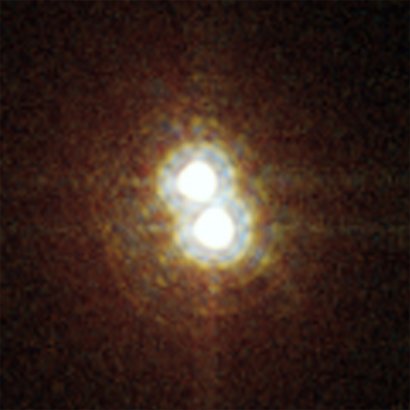 ACS High Resolution Camera image detail showing the two stars of Pismis 24-1. Initially Pismis 24-1 was thought to be a single massive star of 200 to 300 solar masses. New NASA/ESA Hubble measurements have, however, have resolved Pismis 24-1 into two separate stars, of around 100 solar masses each.