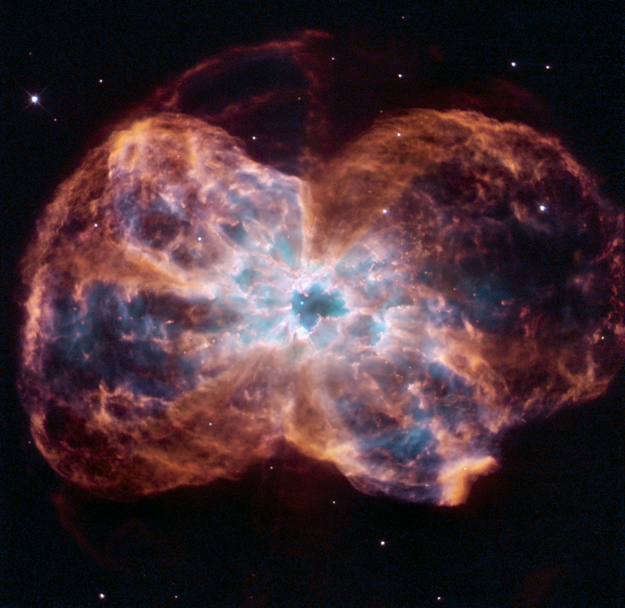 This image of NGC 2440 shows the colourful demise of a star like our Sun. The star is ending its life by casting off its outer layers of gas, which formed a cocoon around the star's remaining core. Ultraviolet light from the dying star makes the material glow. The burned-out star, a white dwarf, is the white dot in the centre.

The Colourful Demise of a Sun-like Star [heic0703]