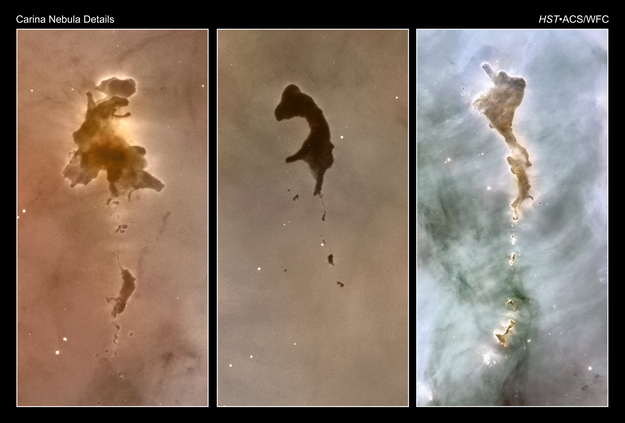 These three snapshots reveal nuggets of cold molecular hydrogen in the Carina Nebula. The three detail images come from a mosaic of the Carina Nebula's central region which has been assembled from 48 frames taken with the Hubble Space Telescope's Advanced Camera for Surveys (see related images on the right hand side).

The landscape of the nebula is sculpted by the intense pressure of starlight from massive stars and their accompanying star clusters, as well as the hydrodynamics of their stellar winds of charged particles. The glowing edges of some of these objects indicate that they are being photoionized by the hottest stars in the cluster. It has been hypothesized that stars may form inside such dusty cocoons.