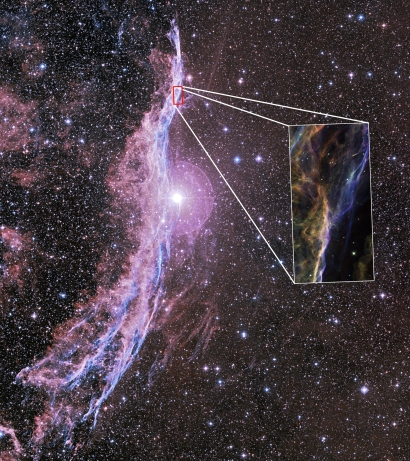 This image shows the west end of the Veil Nebula known as the Witch's Broom Nebula or NGC 6960. The central bright star is 52 Cygni. The highlighted portion is an image taken with the Wide Field and Planetary Camera 2 (WFPC2) on board the NASA/ESA Hubble Space Telescope (see related images).