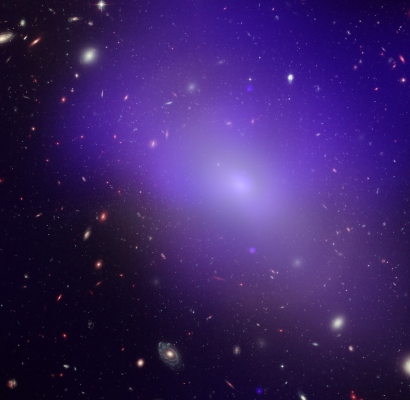 This image of the elliptical galaxy NGC 1132 combines an image from NASA's Chandra X-Ray Observatory obtained in 2004 with images from the NASA/ESA Hubble Space Telescope made in 2005 and 2006 in green and near-infrared light. The blue/purple in the image is the false-colour depiction of the measured X-ray glow from hot, diffuse gas. The giant foreground galaxy, numerous dwarf galaxies in its neighbourhood, and many much more distant galaxies in the background are seen in visible light.
View »
27-Sep-2022 21:28 UT