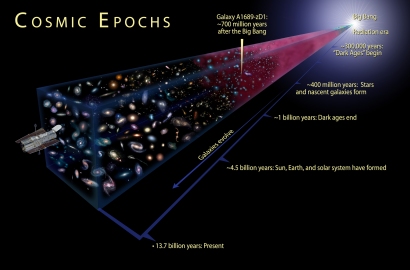 This is an illustration showing the cosmic epochs of the Universe from the Big Bang to the present. The newly discovered galaxy A1689-zD1 at a redshift of ~7.6 is indicated at its corresponding position, appearing as it was just 700 million years after the Big Bang.
View »
3-Jul-2022 07:48 UT