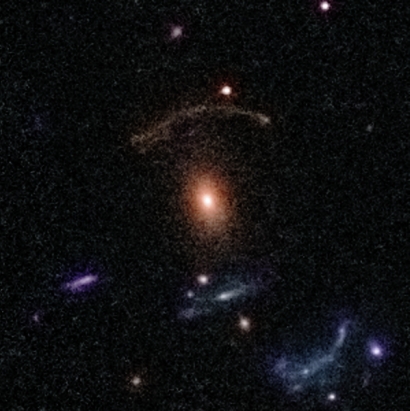 This is a colour image composed by data taken by CFHT, and sharpened with images taken by Hubble ACS camera.