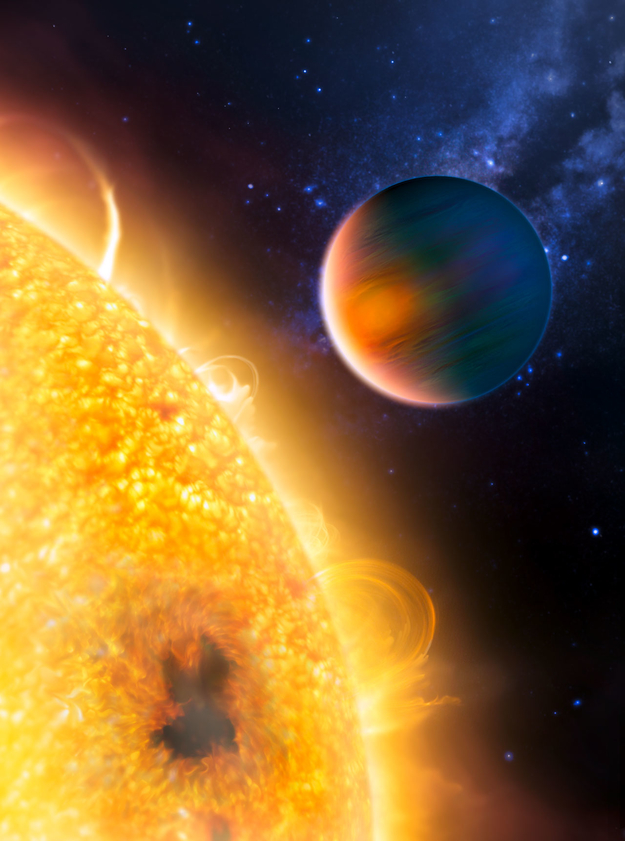 Artist's impression of the extrasolar planet HD 189733b, now known to have methane and water in its atmosphere. Astronomers used the Hubble Space Telescope to detect methane - the first organic molecule found on an extrasolar planet. Hubble also confirmed the presence of water vapour in the Jupiter-size planet's atmosphere, a discovery made in 2007 with the help of the Spitzer Space Telescope. Hubble's discovery comes from a spectroscopic study of light from the parent star that had passed through the planet's atmosphere.