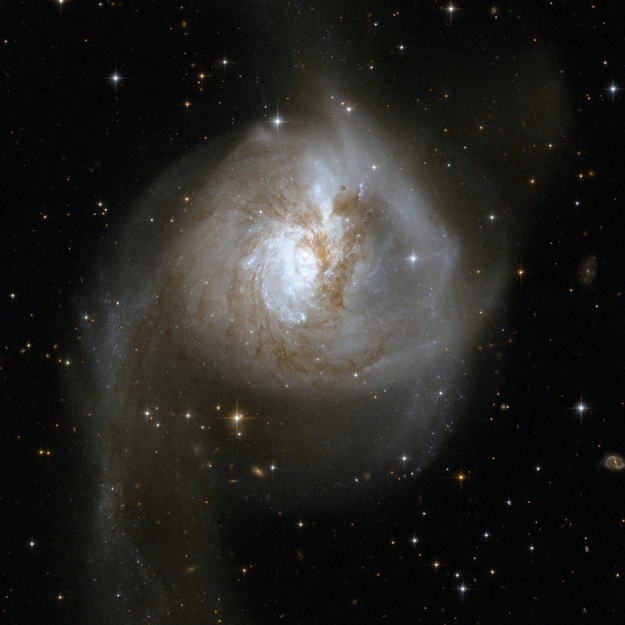 NGC 3256 is an impressive example of a peculiar galaxy that is actually the relict of a collision of two separate galaxies that took place in a distant past. The telltale signs of the collision are two extended luminous tails swirling out from the galaxy. NGC 3256 belongs to the Hydra-Centaurus supercluster complex and provides a nearby template for studying the properties of young star clusters in tidal tails. The system hides a double nucleus and a tangle of dust lanes in the central region. The tails are studded with a particularly high density of star clusters.