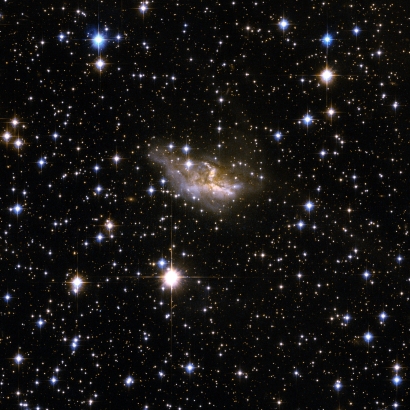 ESO 99-4 is a galaxy with a highly peculiar shape that is probably the remnant of an earlier merger process that has deformed it beyond visual recognition, leaving the main body largely obscured by dark bands of dust. ESO 99-4 lies in a rich field of foreground stars, in the constellation of Triangulum Australe, the Southern Triangle, about 400 million light-years away.