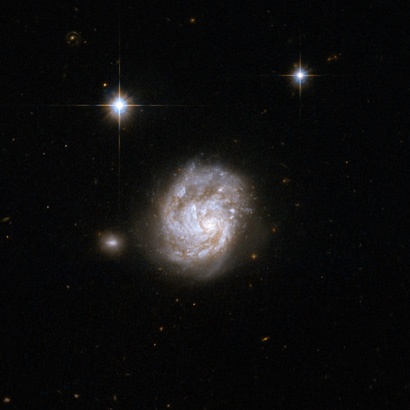 NGC 695 is a peculiar galaxy which looks like a revolving tornado.

It is a disturbed spiral galaxy, seen face-on, with loosely wound spiral arms. Knotty star-forming regions are tangled in a mesh of dust and gas. NGC 695 is in an interaction with a small companion located just outside the image to the left. Scientists believe that this is a recent but relatively weak interaction. NGC 695 is located in the constellation of Aries, the Ram, about 450 million light-years away from Earth.