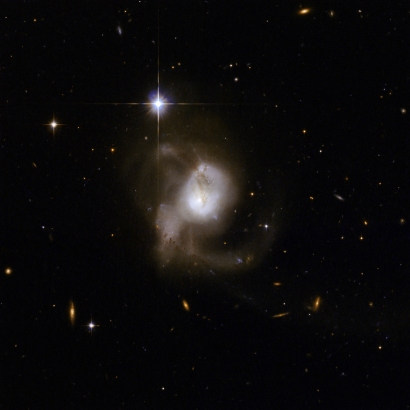 ESO 239-IG002 is most likely the result of a cosmic collision or a lengthy merger process that will eventually result in an elliptical galaxy. The messy intermediate stage, captured here, is a galaxy with long, tangled tidal tails that envelope the galaxy's core.