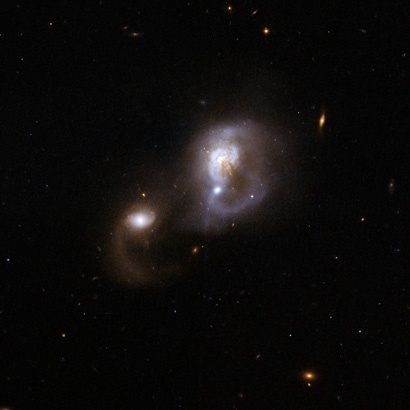 IRAS F10565+2448 is a system that appears to consist of two colliding galaxies. The larger galaxy has dust lanes, while the smaller galaxy has a pronounced curved tail that has been pulled away from the centre (downwards as seen here). IRAS F10565+2448 is located in the constellation of Leo, the Lion, about 600 million light-years away.

Some scientists regard this system as a candidate for a three-galaxy system. The nature of the third object is unknown.