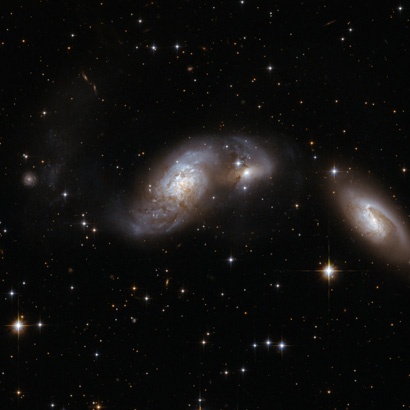 IC 4687 forms a triplet with two other galaxies: IC 4686 to the right and IC 4689 further to the right. IC 4687 has a chaotic body of stars, gas and dust and a large curly tail to the left. The two companions are partially obscured by dark bands of dust. The interacting triplet is about 250 million light-years away from Earth, in the constellation of Pavo, the Peacock.