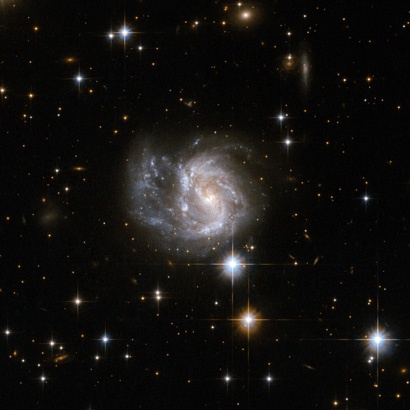 IRAS 20351+2521 is a galaxy with a sprawling structure of gas, dust and numerous blue star knots. IRAS 20351+2521 is located in the constellation of Vulpecula, the Fox, 450 million light-years away from Earth.