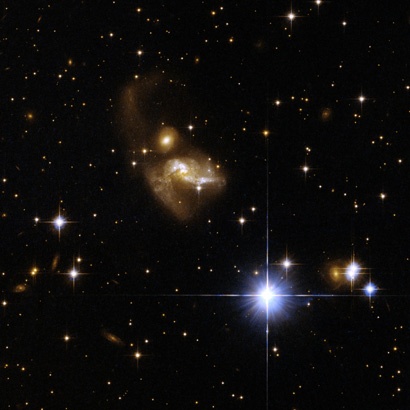 This system is an interacting galaxy pair. The interaction has disturbed both galaxies: the lower galaxy has a bizarre structure and a tidal tail emerges from the main body of the upper galaxy. The galaxy pair lies in a crowded field of Milky Way stars. IRAS 21101+5810 is located in the constellation of Cepheus, the King, about 550 million light-years away from Earth.