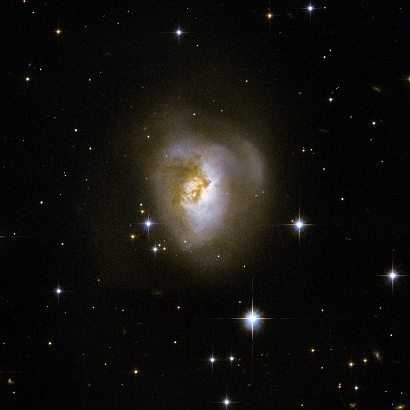 MCG+08-11-002 is an odd-looking galaxy with a spectacular dark band of absorbing dust in front of the galaxy's centre. Scientists believe that it is the remnant of an earlier collision of two separate galaxies. This peculiar galaxy is at the centre of a rich field of foreground stars, close to the plane of our own Milky Way galaxy. MCG+08-11-002 is about 250 million light-years away in the constellation of Auriga, the Charioteer.