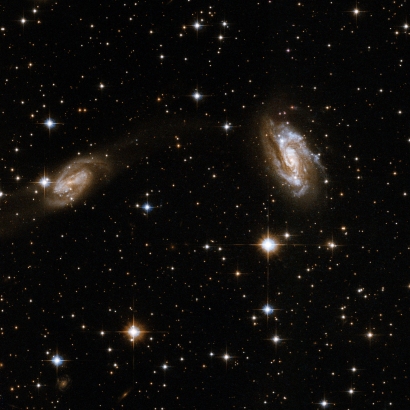 This system consists of two interacting spiral galaxies. The galaxy to the left displays a dim plume of luminosity that extends to the right in the direction of the second spiral. Both galaxies are partly obscured by dust lanes. The galaxy at centre is adorned with blue knots of stars. IRAS 18090+0130 is located in the constellation of Ophiuchus, the Serpent Holder, some 400 million light-years away from Earth.