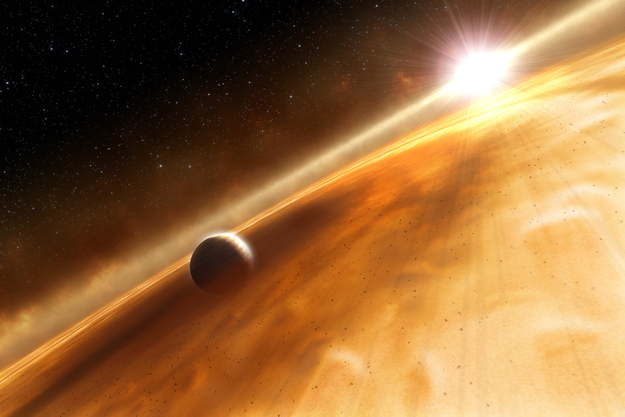 This illustration shows the newly discovered planet, Fomalhaut b, orbiting its sun, Fomalhaut.

The structure depicted around Fomalhaut b is a Saturn-like ring that astronomers say may encircle the planet.

Fomalhaut also is surrounded by a ring of material. The edge of this vast disk is shown in the background as the curving cloud-like feature that appears to intersect the 200-million year-old star. Fomalhaut b lies 3000 million kilometres inside the disk's inner edge. The planet completes an orbit around Fomalhaut every 872 years.