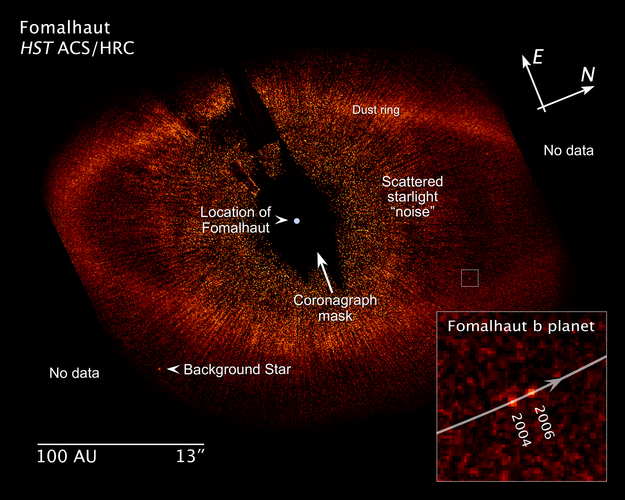 This annotated image shows key features of the Fomalhaut system, including the newly discovered planet Fomalhaut b, and the dust ring. Also included are a distance scale and an insert, showing how the planet has moved around its parent star over the course of 21 months between October 2004 and July 2006. The Fomalhaut system is located approximately 25 light-years from the Earth.
6-Aug-2021 01:21 UT