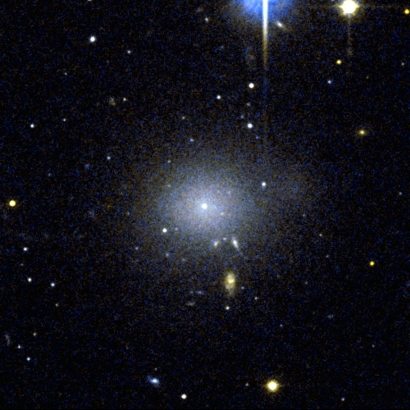 This object, [CGW2003] J031931.7+4131, is one of four dwarf galaxies that is part of a census of small galaxies in the tumultuous heart of the nearby Perseus galaxy cluster.

The image, taken by NASA/ESA’s Hubble Space Telescope in 2005, is an evidence that the undisturbed galaxies are enshrouded by a "cushion" of dark matter, which protects them from their rough-and-tumble neighborhood.