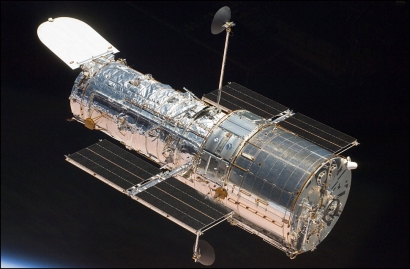 An STS-125 crew member aboard the Space Shuttle Atlantis captured this still image of the Hubble Space Telescope as the two spacecraft continue their relative separation on 19 May 2009, after having been linked together for the better part of a week. During the week five spacewalks were performed to complete the final servicing mission for the orbital observatory. The crew deployed the giant telescope at 07:57 CDT (12:57 UT).
View »
29-Sep-2022 23:17 UT