The formation of blue stragglers

The formation of blue stragglers 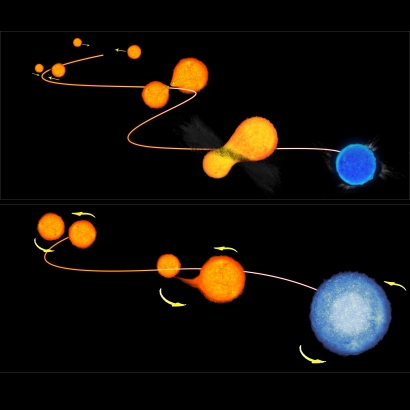 This illustration demonstrates the two ways that blue stragglers - or "rejuvenated" stars - in globular clusters form. The upper illustration shows the collision model where two low-mass stars in an overcrowded environment experience a head-on collision, combining their fuel and mass and to form a single hot star. The lower illustration depicts the "vampire" model consisting of a pair of stars that undergo a transformation, with the lower-mass star draining its larger-mass companion of hydrogen that fuels its rebirth.
View »
30-Sep-2022 04:03 UT