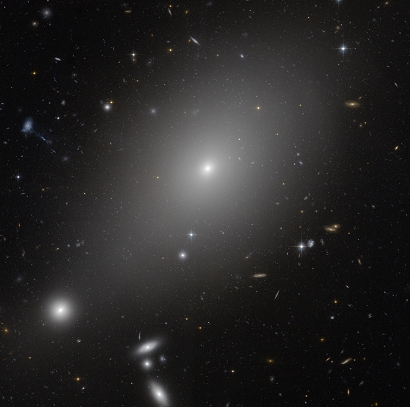 This image from the Advanced Camera for Surveys aboard the NASA/ESA Hubble Space Telescope highlights the large and bright elliptical galaxy called ESO 306-17 in the southern sky.

In this image, it appears that ESO 306-17 is surrounded by other galaxies but the bright galaxies at bottom left are thought to be in the foreground, not at the same distance in the sky. In reality, ESO 306-17 lies fairly abandoned in an enormous sea of dark matter and hot gas.