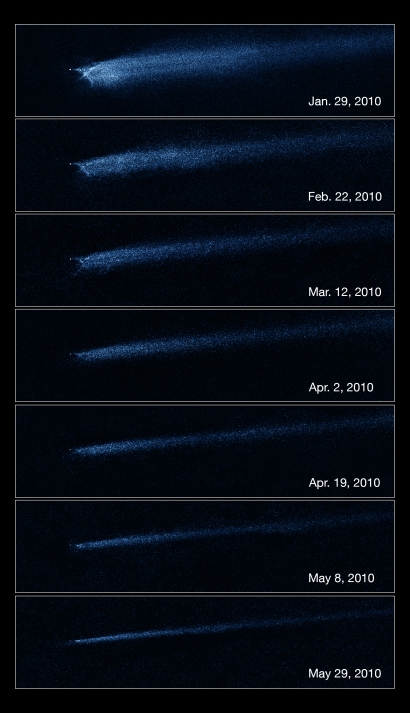 The morphology of P/2010 A2 appears to evolve slowly: this is mostly due to the recession of the object from Earth - their relative distance doubled from January to May - but also to slow, intrinsic changes in the object itself. Thanks to the superb resolution of Hubble's WPC3, this very slow evolution can be measured in order to characterise the object.

Originally suspected to be a main belt comet, this bizarre object is in fact the remnant of an asteroid collision that occurred around 10 February 2009, and the dust trail is debris from the impact.

In each panel, the image has been rotated so that the tail lies approximately horizontal. Each panel subtends 10 arcseconds in height. The images have 0.04 arcsecond pixels and are combinations of images with total integration times of about 2600 seconds through the F606W filter.