How far does Hubble see?

How far does Hubble see? 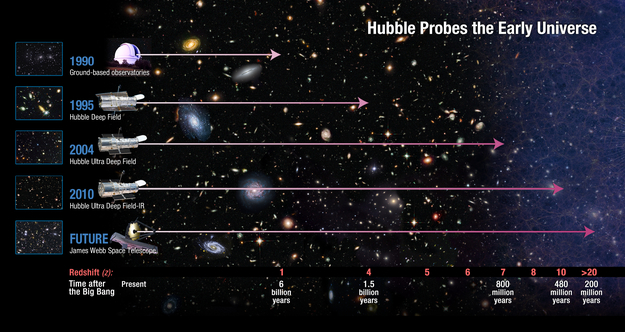 This diagram shows how Hubble has revolutionised the study of the distant, early Universe. Before Hubble was launched, ground-based telescopes were able to observe up to a redshift of around 1, about half way back through cosmic history. Hubble's latest instrument, Wide Field Camera 3 has identified a candidate galaxy at a redshift of 10 - around 96 per cent of the way back to the Big Bang. The forthcoming NASA/ESA/CSA James Webb Space Telescope will see further still.
View »
4-Feb-2023 22:26 UT