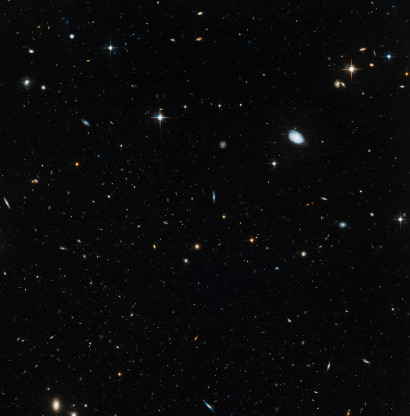 Astronomers used the NASA/ESA Hubble Space Telescope to unmask the dim, star-starved dwarf galaxy Leo IV. This Hubble image demonstrates why astronomers had a tough time spotting this small-fry galaxy: it is practically invisible. The image shows how the handful of stars from the sparse galaxy are virtually indistinguishable from the background.

Residing 500 000 light-years from Earth, Leo IV is one of more than a dozen ultra-faint dwarf galaxies found lurking around our Milky Way galaxy. These galaxies are dominated by dark matter, an invisible substance that makes up the bulk of the Universe's mass.