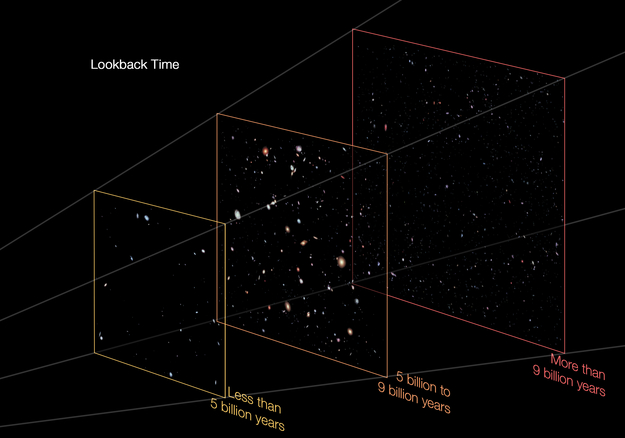 This image separates out the Hubble eXtreme Deep Field by the distances of objects within it.

The galaxies in the XDF are not close together - they lie along one long line of sight from Earth to the very edges of the visible Universe. The most distant objects within the XDF are more than 95% of the way back to the Big Bang, while a few stars in it are within the Milky Way.