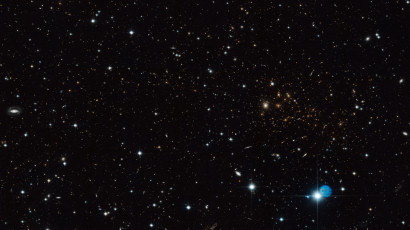 Studying the distorting effects of gravity on light from background galaxies, a team of astronomers has uncovered the presence of a filament of dark matter extending from the core of the cluster. This is one of the first positive detections of a filament, and the most precise to date.

Using additional observations from ground-based telescopes, the team were able to map the filament's structure in three dimensions, the first time this has ever been done.