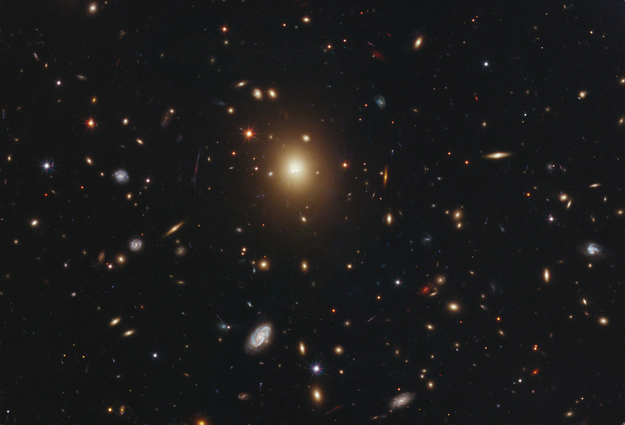 The giant elliptical galaxy in the centre of this image, taken by the NASA/ESA Hubble Space Telescope, is the most massive and brightest member of the galaxy cluster Abell 2261. Astronomers refer to it as the brightest cluster galaxy (BCG).

Spanning a little over one million light-years, the galaxy is about 20 times the diameter of our Milky Way galaxy.

The observations were taken between March and May 2011. The Abell 2261 cluster is part of a multi-wavelength survey called the Cluster Lensing And Supernova survey with Hubble (CLASH).