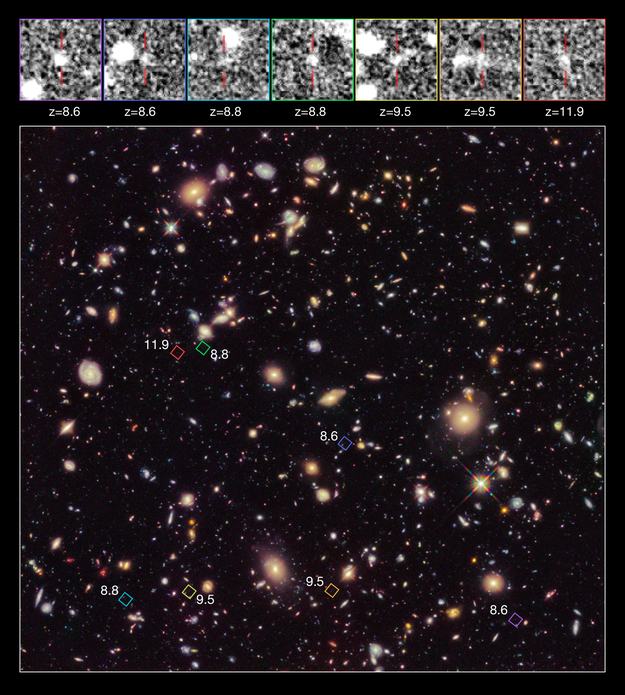 This image shows the Hubble Ultra Deep Field 2012, an improved version of the Hubble Ultra Deep Field image featuring additional observation time. The new data have revealed for the first time a population of distant galaxies at redshifts between 9 and 12, including the most distant object observed to date. These galaxies are shown at the top of the picture, and their locations are pinpointed in the main image.

These galaxies will require confirmation using spectroscopy by the forthcoming NASA/ESA/CSA James Webb Space Telescope before they are considered to be fully confirmed.