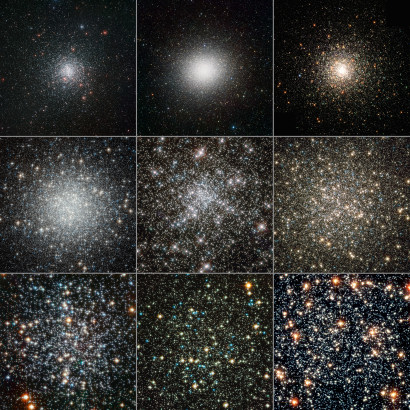 This collage shows a range of globular clusters, which were studied using Hubble and the MPG/ESO 2.2-metre telescope. The data show that, despite all forming at roughly the same time, the clusters have aged at dramatically different rates, with heavier stars sinking to the centres of the clusters in a process similar to sedimentation.