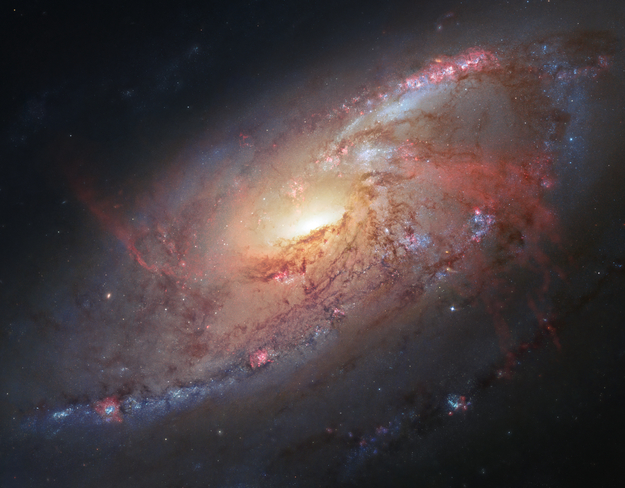 This image combines Hubble observations of M 106 with additional information captured by amateur astronomers Robert Gendler and Jay GaBany. Gendler combined Hubble data with his own observations to produce this stunning colour image.

M 106 is a relatively nearby spiral galaxy, a little over 20 million light-years away.

A spiral galaxy with a secret [heic1302]