Artist's impression of a galaxy undergoing a starburst

Artist's impression of a galaxy undergoing a starburst 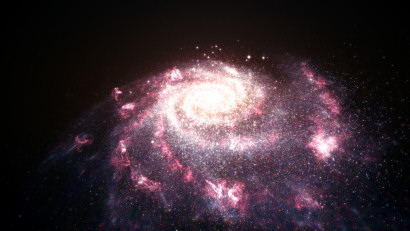 This illustration shows a messy, chaotic galaxy undergoing bursts of star formation. This star formation is intense; it was known that it affects its host galaxy, but this new research shows it has an even greater effect than first thought. The winds created by these star formation processes stream out of the galaxy, ionising gas at distances of up to 650 000 light-years from the galactic centre.