Sample of non-star-forming galaxies from the COSMOS survey

Sample of non-star-forming galaxies from the COSMOS survey 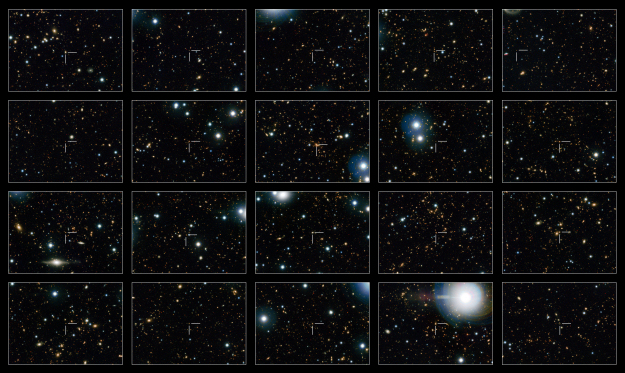 This image shows 20 of the quenched galaxies - galaxies that are no longer forming stars - seen in the Hubble COSMOS observations. Each galaxy is identified by a crosshair at the centre of each frame.

Quenched galaxies in the distant Universe are much smaller than those seen nearby. It was thought that these small galaxies merged with other smaller, gas-free galaxies to grow bigger, but it turns out that larger galaxies were "switching off" at later times and adding their numbers to those of their smaller and older siblings, giving the mistaken impression of individual galaxy growth over time.