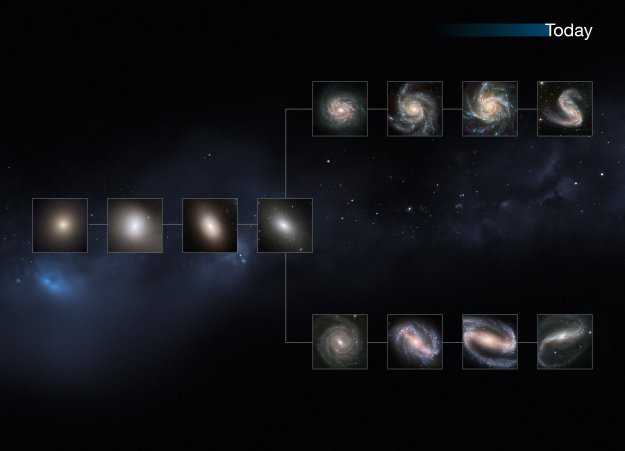 This image shows a "slice" of the Universe as it is today. The shape is that of the Hubble tuning fork diagram, which describes and separates galaxies according to their morphology into spiral (S), elliptical (E), and lenticular (S0) galaxies. On the left of this diagram are the ellipticals, with lenticulars in the middle, and the spirals branching out on the right side. The spirals on the bottom branch have bars cutting through their centres. Our local Universe displays big, fully formed and intricate galaxy shapes.