The Universe 4 billion years ago

The Universe 4 billion years ago 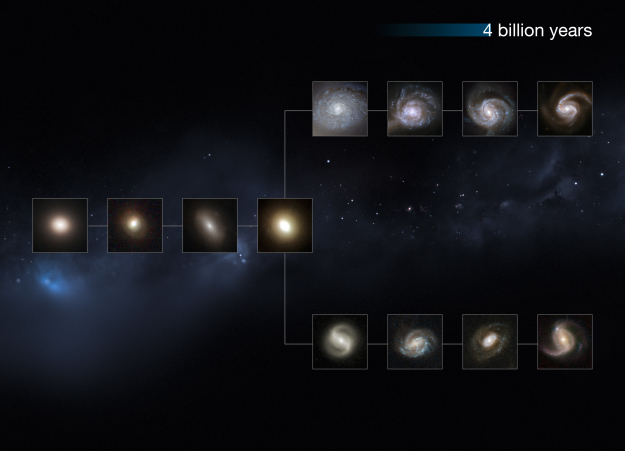 This image shows a "slice" of the Universe some 4 billion years back in time. The shape is that of the Hubble tuning fork diagram, which describes and separates galaxies according to their morphology into spiral (S), elliptical (E), and lenticular (S0) galaxies. On the left of this diagram are the ellipticals, with lenticulars in the middle, and the spirals branching out on the right side. The spirals on the bottom branch have bars cutting through their centres. The galaxies at these distances from us are small and still not fully-formed, but have some defined colour and structure.