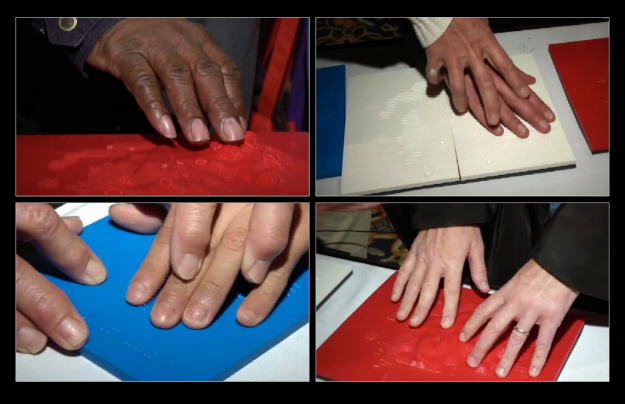 These screenshots are taken from footage of the National Federation of the Blind's (NFB) national convention in July 2013, when early low-resolution prototypes of 3D printouts were tested by people with visual impairments. These 3D printouts are based on Hubble data, and use different textures and heights to represent different components of bright star cluster NGC 602, located in our neighbouring galaxy the Small Magellanic Cloud. These prototypes gave a glimpse of the potential that 3D printing could have for astronomy.