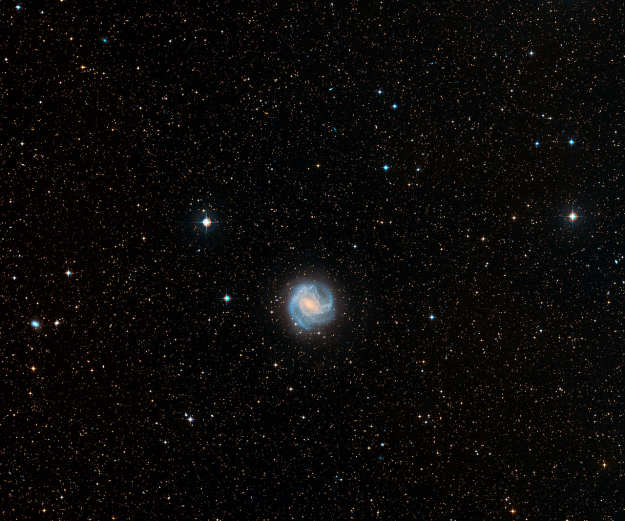 This is a Digitized Sky Survey (DSS) image of the field around M83. This image was used in a zoom animation highlighting the M83 Hubble release image.