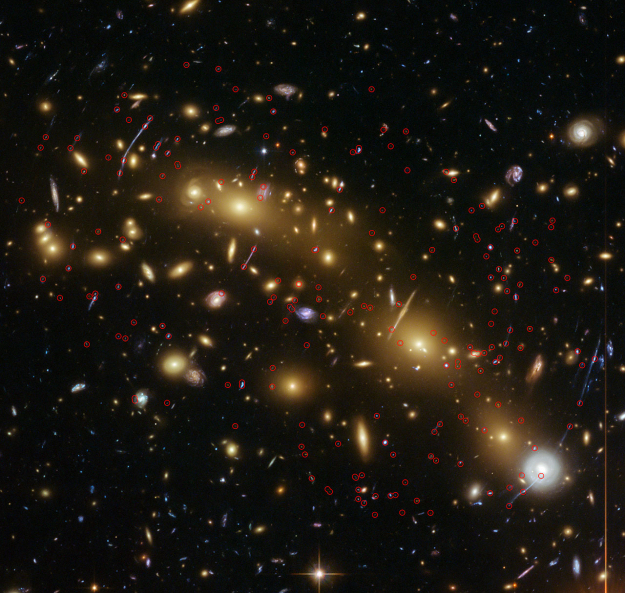 This image from the NASA/ESA Hubble Space Telescope shows the galaxy cluster MCS J0416.1-2403. This is one of six being studied by the Hubble Frontier Fields programme, a programme to analyse the mass distribution in these huge clusters and to use them, combined with a process known as gravitational lensing, to peer even deeper into the distant Universe.

A team of researchers used almost 200 images of distant galaxies, whose light has been bent and magnified by this huge cluster, combined with new Hubble data to measure the total mass of this cluster more precisely than ever before.

In this image the lensed images used for this study are circled in red.