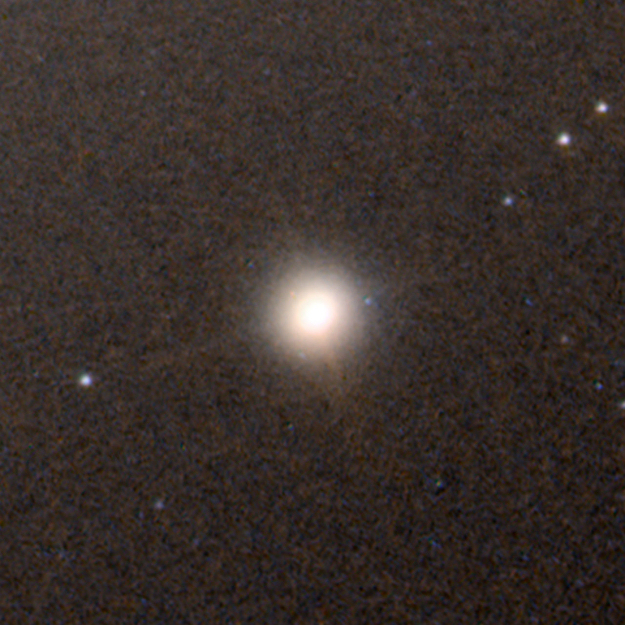 This NASA/ESA Hubble Space Telescope image shows the dwarf galaxy M60-UDC1. Lying about 50 million light-years away, M60-UCD1 is a tiny galaxy with a diameter of 300 light-years – just 1/500th of the diameter of the Milky Way! Despite its size it is pretty crowded, containing some 140 million stars.

The dwarf galaxy may actually be the stripped remnant of a larger galaxy that was torn apart during a close encounter with its neighbour, a massive galaxy called Messier 60.

Circumstantial evidence for this comes from the recent discovery of a monster black hole, which is not visible in this image, at the centre of the dwarf. The black hole makes up 15 percent of the mass of the entire galaxy, making it much too big to have formed inside a dwarf galaxy.